Nobody Beats Our Prices!

Winter is quickly approaching, and for New Jersey residents, that means temperatures are starting to drop. Sub-freezing temperatures are quite common, especially at night. Unfortunately, this creates the opportunity for a common but very damaging plumbing problem: frozen pipes. Many local homeowners have experienced their water pipes freezing on at least one occasion, hopefully without lasting damage to the plumbing.

When the water inside of a pipe freezes solid, it expands, and can burst or crack the pipes. Because frozen pipes can cause such extensive (and expensive) damage, prevention is important. However, if you do have a problem with your pipes freezing during the winter, you can call us 24/7 at 2Plumbers for same-day plumbing pipe repair service. 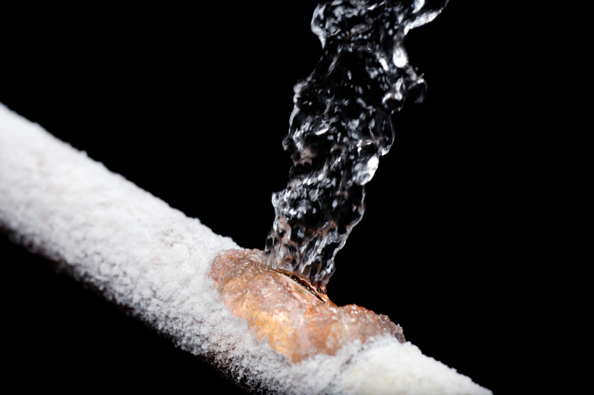 There are actually several steps that you can take to prevent your pipes from freezing in the first place, although there’s always the chance that it will happen anyway.

It helps to be aware of which pipes in your home are at the highest risk for freezing and potentially bursting. The pipes you have to worry about will usually include:

Some of the things that you can do to prevent frozen pipes , and the resulting damage, include: 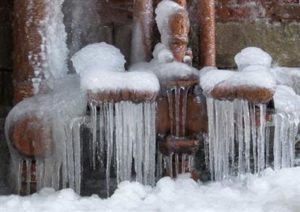 If your pipes do freeze, it’s important to get the right kind of plumbing pipe repair as soon as possible. The best thing to do is generally to call a professional, to ensure that no further damage occurs.

If a pipe has burst, it’s important to shut off your water main immediately, to prevent water damage and flooding. The plumbing repair contractor will be able to find the location of the freezing and blockage, usually by following the pipe back from the faucet or fixture.

Frozen pipes generally have visible ice on the outside, and may be bulging or warped from ice expansion.

To thaw frozen sections of pipe, contractors will sometimes use infrared lamps, which can heat the pipe without losing heat into the surrounding air. On exposed pipes, heat tape can also be used during the thawing process.

If a pipe has cracked or burst, that section will probably need to be replaced.

If you have a frozen pipe in your home, call us right away at 2Plumbers for 24-hour emergency plumbing pipe repair service, at 201-765-0466.

Hello and Welcome. Leave us a message with your name and phone number and we will get back to you soon. Thanks! Cancel reply